The most important factor when growing good, healthy food is first and foremost creating healthy soil that will provide the nutrients required by plants, rather than relying on constant inputs of fertilisers.

A healthy soil is one which has:

Soils with a high level of organic matter provide the best basis for growing good food. Organic matter provides all those essential ingredients which go towards making a healthy soil environment as well as increasing the soil’s ability to hold onto nutrients.

Most soils contain reserves of nutrients and minerals that, while present, are not directly accessible to plants. Some of these become available when dissolved in soil water, and others require biological processing to convert them into an available form for the plants to take up.

The soil is home to many microscopic and visible organisms such as bacteria, fungi and earthworms. It also  helps to make nutrient and mineral reserves available to plants. We must therefore create an environment in which these organisms can thrive and do the job we want them to do for us. If the beneficial organisms are dominant and thriving then the pathogenic organisms are suppressed and won’t be causing problems. 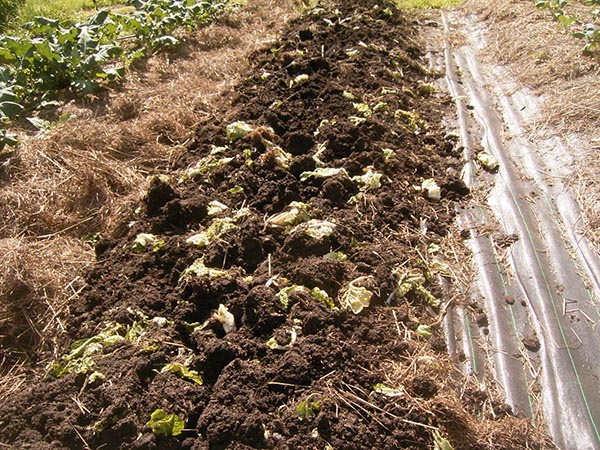 Returning crop residue, like these lettuce leaves, back to the soil will help maintain organic matter levels

Bacteria and fungi, in particular, play extremely important parts in the growth of plants.

Most vegetables and grasses prefer a slightly bacteria-dominant soil.

There are many species of soil bacteria, which can be categorised by their biological function:

If you need to build up the populations of beneficial bacteria in the soil, add foods high in nitrogen and sugars such as green grass clippings, manures, molasses, and bacterially dominant compost or compost teas. You can also integrate legumes when planting out beds.

Maintaining healthy soil with good aeration and drainage will keep the good bacteria populations more plentiful than those of the bad bacteria.

We can minimise the abundance of these bad bacteria by making the environment as inhospitable to them as possible. By maintaining a healthy soil with good aeration and drainage so that we don’t have anaerobic conditions, and by encouraging beneficial bacteria, it will be difficult for these undesirable bacteria to survive. 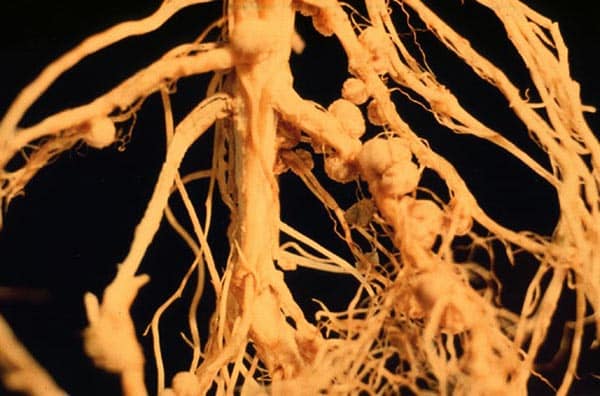 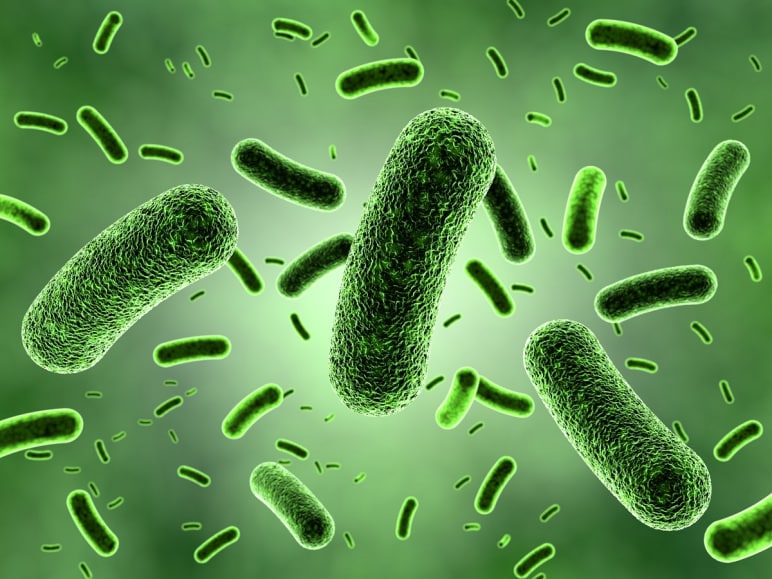 Fungi can also be categorised by their biological function within the soil:

Woody materials with lots of lignin (the carbon-rich protein in woody tissue) such as dried grass, sugar cane, leaves, wood chips and cardboard are fungal food. By applying mulch to your garden you are not only helping to keep water in the soil but also feeding the good fungi.

As organic matter builds, the soil becomes more fungal. We found that our soil was at its best when we had a nice growth of white fungi under the mulch.

Eighty percent of nitrogen in the soil is produced by protozoa, bacteria- and fungus-feeding nematodes, and microscopic arthropods. Because these micro-organisms that make nitrogen available to the plants feed on both bacteria and fungi. We need both in the soil.

A type of root fungus called vesicular arbuscular mycorrhiza (VAM) is often used to inoculate the seeds of green manure crops prior to planting. When the seeds germinate, the VAM attaches to the roots of the growing plants, effectively extending the root system and taking up nutrients from the soil and passing them directly into the roots. This fungus can be seen as tiny nodules around the roots. The nodules could be confused with those caused by the root knot nematodes but they easily come off the root and are green or pink inside, whereas the nematodes are within the roots.

VAM is available commercially, and will often be supplied with the appropriate green manure crop when seeds are purchased.

These fungi infiltrate the plant, decomposing the tissue, causing weak plants that are unable to transport water and nutrients, often resulting in the plant dying.

Soils with diverse populations of beneficial organisms will suppress these “bad” fungi and keep the plants healthy. 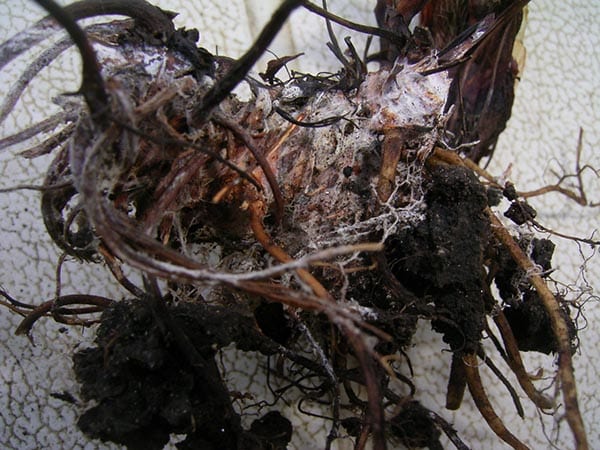 Roots of a strawberry plant with extensive mycorrhizal fungi 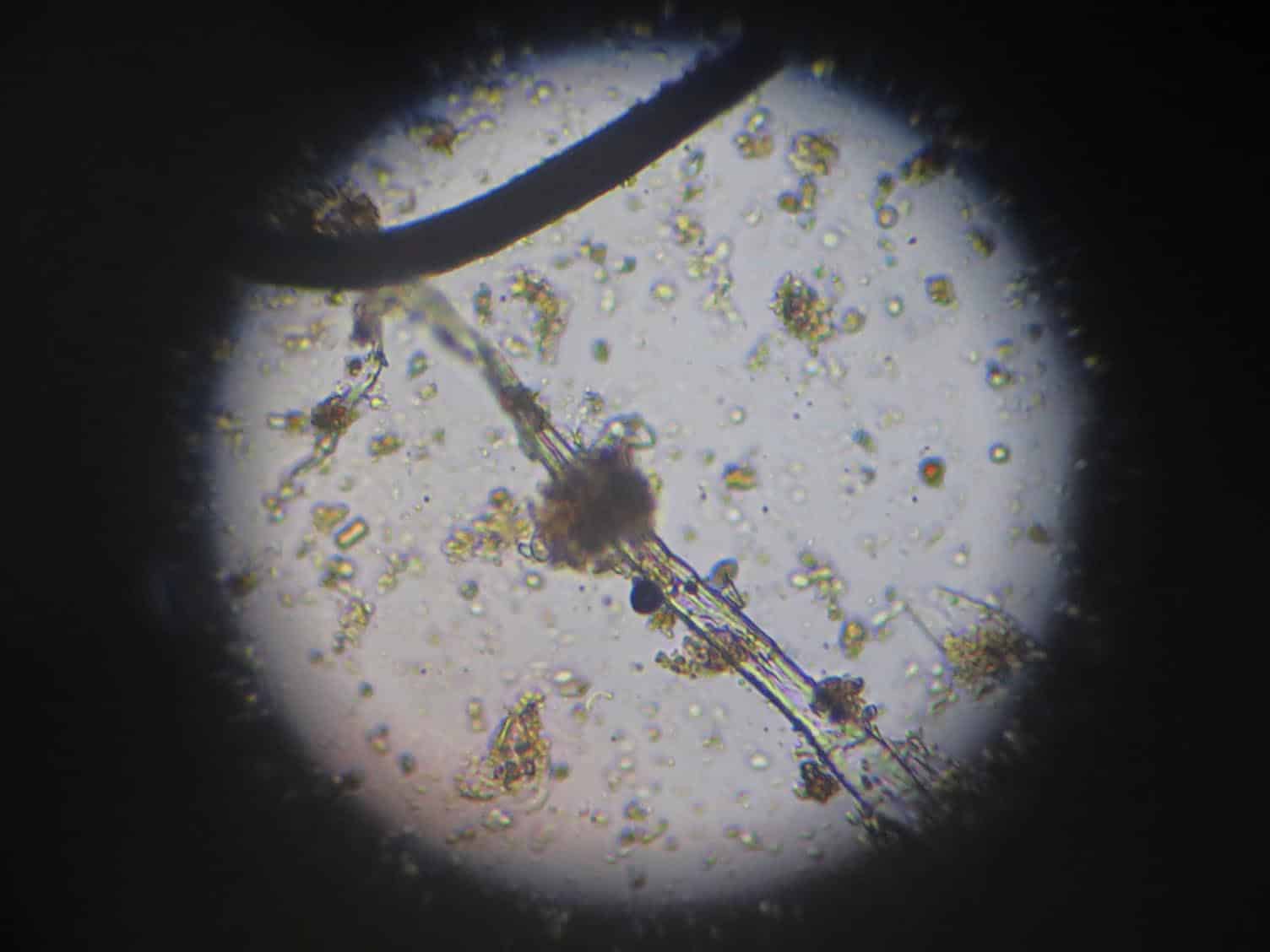 Fungal hypha viewed under the microscope